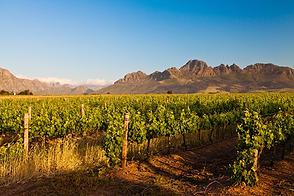 The case, Horne v. U.S. Department of Agriculture, has already been before the United States Supreme Court before. In 2002 and 2003, the U.S. Department of Agriculture (the “USDA”) forced the Horne family to take almost half of its raisin crop off the market to help keep rising prices down. The Horne family sued, arguing that the USDA’s demand amounted to a taking of personal property for which the Horne family was entitled to compensation, just like a taking of real property would. When the case first came before the United States Supreme Court, the Court agreed to hear the case, but its decision did not address whether the government’s raisin marketing order constituted a “taking” of private property.  Instead the Court ruled on a procedural matter, holding that the San Francisco-based 9th U.S. Circuit Court of Appeals had jurisdiction to consider the takings claim, reversing the 9th Circuit’s finding that the claim had to be heard by the Court of Federal Claims.

The case went back to the 9th Circuit Court of Appeals, which ruled that there was no taking because the Takings Clause rule applies only to real property. The Horne family appealed, and the case will go before the United States Supreme Court once again. Horne v. U.S. Department of Agriculture, 750 F. 3d 1128 (2014).

The Takings Clause prohibits the Federal government from taking real property for public use without just compensation. The Supreme Court’s decision in this case can have major implications for business owners and farmers subject to government market orders.  However, the expansion of 5th Amendment protections to personal property could also set the stage for more federal lawsuits and claims that certain government regulations amount to takings of personal property.

Ezer Williamson Law provides a wide range of both transactional and litigation services to individuals and businesses. We have successfully prosecuted and defended various types of business, contract, and real property claims. Contact us at (310) 277-7747 to see how we can help you.