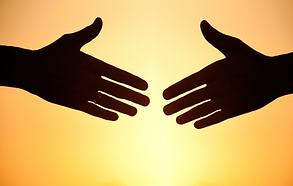 Previously on our blog, we discussed the differences between mergers and acquisitions, as well as the recent increase in merger and acquisition activity. There has been increased activity across different industries to adapt to new market dynamics linked to changes in technology. The newest major merger announcement has come from Staples, the office supply giant. In order to stay competitive with goliath’s like Amazon and Wal-Mart, Staples has announced a plan to purchase Office Depot for $6.3 billion.

Staples and Office Depot have tried to consolidate once before in 1996, but the Federal Trade Commission (FTC) stopped the merger over concerns that it would decrease competition and increase consumer prices.  A lot has changed in office supply market dynamics since then, which is precisely what the two companies will be arguing. Specifically, Staples and Office Depot are taking the position that online competitors and bigger store chains have increased competition and reduced prices for consumers, so a merger will also help them stay competitive. To back this up, Office Depot can show that between 2007 and 2013 its annual revenues fell by 36%.

The proposed merger is subject to antitrust regulatory approval, Office Depot shareholders’ approval, and other closing conditions. The deal is predicted to close by the end of 2015, but if it fails Staples will have to pay Office Depot a $250 million termination fee.

Ezer Williamson Law provides a wide range of both transactional and litigation services to individuals and businesses. We have successfully prosecuted and defended various types of business, contract, and real property claims. Contact us at (310) 277-7747 to see how we can help you.