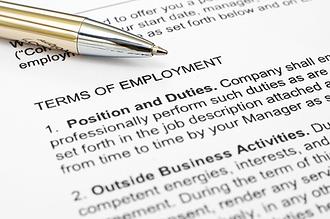 Previously on the blog we discussed how non-compete agreements in California are presumed void unless they meet one of two very narrow statutory exceptions. A recent decision from the  Delaware Court of Chancery further emphasized the reach and effect of this presumption by upholding a California employee’s right to contract despite a non-compete agreement in an employment contract governed by Delaware law.

Ascension is a limited liability company incorporated in Delaware, but its principal place of business is in California.  Ascension acquired the assets of another company and as part of the acquisition Underwood entered into agreements not-to-compete with Ascension or its subsidiary Alliant Insurance Services, Inc. (“AIS”), where Underwood had been previously employed.

The impact of this case is significant in light of the fact that many companies chose to incorporate in Delaware but principally operate in California, and that those companies may also choose to apply Delaware law to their contractual agreements.  A recent report found that out of 211,929 observed businesses nationwide, 54.57% incorporated in Delaware. The next biggest state is New York with 5.15%, followed by California with 4.38%.  The top 10 states make up over 80% of all corporations.

If you have any questions about on-compete clauses, consult with an experienced attorney. Ezer Williamson Law provides a wide range of both transactional and litigation services to individuals and businesses. Contact us at (310) 277-7747 to see how we can help you.